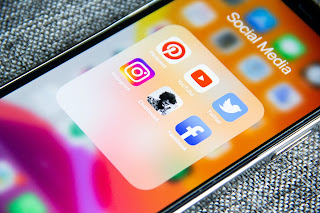 Over the past 6 years social media usage has increased by 115%. When I first read this statistic I was shocked. However, once I had processed the information it didn’t seem that unreasonable. It is evident just from walking down the street, that phone usage has dramatically increased. There must be a reason for this. The reason is social media.

Personally, I can say that my screen time is well above what I would ideally like it to be and I spend the majority of that time on social media. I find that social media is rather addictive and I know I am not alone. Part of the reason it is so engaging is because we as people constantly want to know about the latest news and information. It has also been scientifically proven that due to the effect that it has on the brain, social media is addictive both physically and psychologically. According to a new study by Harvard University, self-disclosure on social networking sites lights up the same part of the brain that also ignites when taking an addictive substance.

This new addiction that seems to have consumed so many people means we now find it harder to withdraw from our phones and other mobile devices. This extensive usage of the internet can cause issues and make existing conditions worse, especially in young people.

Many experts believe that the constant overstimulation of social networking shifts the nervous system into fight or flight mode. As a result, this makes disorders such as ADHD, teen depression, oppositional defiant disorder and teen anxiety worse. Additional psychological effects of social media on young adults includes; inadequate sleep, exposure to cyberbullying and lack of physical activity.

One way in which social media impacts teen mental health is through negative social comparison. Teenagers are constantly comparing themselves to others, regardless of social media. However, teenagers on social media spend much of their time observing the lives and images of their peers, which may not always be as positive as they appear online. This leads to constant comparisons, which can damage self-esteem and body image.

Although everything I have mentioned above is negative, social media does have some positive effects; Teenagers can build relationships and stay connected with friends, which was especially necessary over the period of lockdown. You can become inspired by people you admire and look up to. The internet can be used for educational purposes, which was again useful over lockdown.

In conclusion, social media impacts teenagers enormously both in good and bad ways. However, the negative impacts of the internet still need improvement which is something we will all need to work on in the future.