Why Taylor Swift is Re-recording her Discography 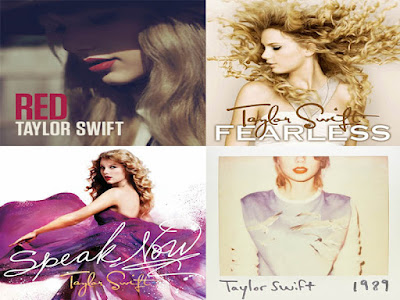 Taylor Swift is one of the greatest musicians to ever grace the music industry. She has carved herself a space to sit among legends as ‘one of the greats’. Throughout her career she has rode turbulent waves of reputation and masterfully continued to surprise and entertain viewers with her ever changing shift between different “eras”, all with a unique sound and aesthetic. She shaped music in the 2010s and has no doubt helped mold most of our generation with songs like ‘You Belong with Me’ and ‘Shake it Off’, and yet - despite the amount of blood sweat and tears (emphasis on tears) that she has poured into her work - it does not belong to her. The rights to her first 6 albums ‘Taylor Swift’, ‘Fearless’, ‘Speak Now’, ‘Red’, ‘1989’, and ‘reputation’ - and any and all - singles belong to someone else.

Which is why she is re-recording every single one - including various ‘Vault Tracks’ that had been barred from the original albums. She released her version of her sophomore album ‘Fearless’ back in April this year. ‘Red (Taylors Version)’ - her fourth album featuring the absolute bangerz ‘22’ and ‘We Are Never Getting Back Together’ along with heartbreak anthems ‘All Too Well’ and ‘Sad Beautiful Tragic’ - is due to come out on November 12.

In 2005, the then 15 year old country musician, Taylor Swift signed a 13 year long contract with the newly established ‘Big Machine Records’ a Nashville-based record label founded by Scott Borchetta as their first recording artist. Part of the contract stated that Taylor would only partly own her Master Recordings and she would therefore only earn a certain percentage of royalties from her music. One of the biggest ways to earn money from a song or album is via the ownership of the ‘masters’ via its use across media. If you’ve ever heard a Taylor Swift song from her first 6 albums, for example ‘Style’ from 1989, in an advert, TV show or movie - Big Machine Records and Taylor Swift had both signed off on the decision for its inclusion. When she informed Borchetta that she wasn't renewing her contract, planning to join a new label, and wanted to have the rights to her masters he told her, he would give her one of her first 6 albums for every new one she released for his label. A choice between her past and her future. Taylor Swift joined Universal Music Group in 2018 and she began to refuse the licensing of her old music. According to her contract with Big Machine, to use any of her ‘masters’ the rights had to be signed by Swift and she began to use this veto to block her music so Big Machine couldn't make any royalties off of her music. Under her new contract with Universal, she would own 100 percent of her new masters.

On the 30th June 2019, Taylor Swift awoke to the news that her masters had been sold by Borchetta - without warning or her permission - to Scooter Brauns ‘Ithaca Holdings’ for more than $300 million. She wasn't even given the chance to purchase them herself. She and Scooter have a long and complicated personal history and in a tumblr post that morning she called Scooter a ‘bully’. So to combat and overcome Brauns purchasing of her music she announced in a CBS interview that she planned on rerecording her entire discography which she was contractually able to do come November 2020. This would give her creative control over her music, allowing her to be the sole decision maker on where her masters are heard and played. This also makes her old masters owned by Big Machine and ‘Shamrock Holdings’ (Braun sold her music to them in November 2020 - having read the writing on the wall) much less valuable as people are inclined to not even listen to her old music whilst also continuing to not make money off of royalties and licensing. However, despite monetary motivations this is also about Taylor Swift reclaiming her life's work, and her name essentially. She is standing up for herself and all artists. Showing the new generation the importance of owning your work.

“When I created [these albums], I didn't know what they would grow to be. Going back in and knowing that it meant something to people is actually a really beautiful way to celebrate what the fans have done for my music.”