Posted by Portsmouth Point on November 20, 2021 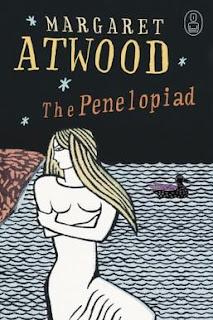 Greek mythology has allowed us an insight into the past, through literature like the Odyssey and Iliad, as well as art and architecture, which has seeped into Western culture as well, and can be seen all around us.

Greek mythology has had a great influence on Children and Young Adult literature. Some have direct correlations to Greek mythology, such as Percy Jackson, where each book is rooted and based on different Greek myths, whilst others, like Narnia and Harry Potter, utilise certain aspects, such as the existence of centaurs and satyrs. One other interesting example is the Hunger Games, which Suzanne Collins said is based on the myth of the minotaur and the sacrificial teenagers from Athens. One might even argue that the fact that these post-apocalyptic novels have been rooted in ancient mythology is one reason why they have been so popular.

Greek mythology can be seen to have its strengths and weaknesses when viewed through a 21st century lens. One aspect of Greek mythology that has both positive and negative moments is the presentation of women. On one side of the spectrum, women are treated very poorly in Greek myths, with many being raped by the Gods or others, as well as being used or objectified, such as Ariadne, who after helping Theseus, is left on an island for Dionysus. Also, Penelope, who is given arguably no personality or feelings other than being the dutiful and loyal wife of Odysseus, who leaves her alone for ten years to fight in the Trojan war and then takes a rather circuitous route home. Penelope is praised for having remained loyal to her husband for the full twenty years that he is away, and is provided arguably as a role model for other women, but not given her own voice. Margaret Atwood explores Penelope’s thoughts and feelings in her book, The Penelopiad, which I highly recommend.

On the other side of the spectrum, women can be seen to have important roles in Greek mythology. The goddess Athena is a strong, intelligent leader, a favourite of Zeus and highly decorated tactician in war. Athena is not concerned with men; she remains celibate alongside her sister Artemis, the goddess of hunting. Both Athena and Artemis provide strong, independent role models whose main purpose is not to be submissive to men, but to fight and stand up for themselves. This is a stark contrast to the way in which, historically, women have been expected to behave, and thus perhaps offers an insight into a different side of Ancient Greece that may have been more progressive in their treatment of women. However, other women, such as Pandora, are seen as evil due to their independence. In an unfortunate tale similar to that of Eve in the Bible, Pandora opens the jar that releases all sorts of evil and suffering into the world, but not hope. The part where the jar was sent to earth with Pandora is helpfully forgotten when, like with Eve, Pandora is blamed for evil in the world. The vast array of presentations of women in Greek mythology thus provides us with a curious insight into a multifaceted view of the Ancient Greeks, as they presented both problematic and progressive views of women.

Therefore, Greek mythology can be seen as very relevant today. Whether that be due to its influence on art, drama, literature and architecture or the complex themes that it portrays, it is still very much ingrained into our culture. I would highly recommend books such as The Penelopiad and Mythos to gain an insight into the Greek myths and their multifaceted nature.