What Will Be Discussed At COP26?

Posted by Portsmouth Point on November 01, 2021 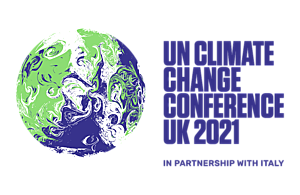 COP26 is the UN’s 26th climate change conference which exists to address current problems associated with climate and global warming as well as set targets for the future. It is set to be the most significant COP since the Paris Agreement in 2015 (which set an aim to limit global warming to 1.5 degrees or 2 degrees absolute maximum) and is running from the 31st October until the 12th November in Glasgow, Scotland. Glasgow was selected as the location for the conference due to its status as a ‘Global green city’ as well as having an aim to reach carbon neutrality by 2030. Attending the conference are an estimated 25,000 people including numerous heads of states such as Joe Biden for the US and Boris Johnson for the UK as well as EU representatives from the 27 member states. Some other figureheads in the climate crisis also attending include David Attenborough (named as the COP26  People’s advocate) and Greta Thunberg. Scientists have warned that this may be the last chance we have to avert the climate crisis and prevent it from spiralling completely out of control, so the world leaders attending the event need to commit to drastic reductions in greenhouse emissions amongst other commitments. This is something which will be discussed within the negotiation component of the conference, and is ultimately the key part to its success.

One of the most important factors being discussed is the need to reduce global greenhouse emissions. In order to do this, four main areas have been targeted, the first one of these being the phasing out of coal and ultimately consigning it to history. Globally, the power sector accounts for ¼ of greenhouse emissions so it is imperative that this is changed. For developed countries the aim is to completely phase out the use of coal by 2030, and by 2040 for the rest of the world, replacing the use of fossil fuels with renewable energy sources. This is likely to prove more difficult in less developed countries where there is a heavier reliance upon coal and less of a chance to switch to renewables. Another target which is to be discussed is the acceleration of the electric vehicle transition. Replacing petrol and diesel cars with electric vehicles will help reduce the CO2 emissions as well as reduce air pollution, particularly in urban and city areas. The aim is to commit to all new vehicles being net 0 by 2040, or 2030 in leading markets (such as in Europe, China and the USA). Once again, this will be a slower transition in less developed countries. The tackling of methane emissions is also a crucial action to be discussed because although CO2 is the most ubiquitous greenhouse gas, CH4 is the most potent, having 25x the global warming potential of CO2. The leading source of CH4 emissions is agriculture (partculairy the farming of livestock) followed closely by the energy sector as a result of burning fossil fuels. Plans to reduce CH4 emissions have the potential to avoid 0.3 degrees Celsius of warming by 2040 and play a critical role in keeping the 1.5 degrees temperature rise limit within reach. The fourth area being targeted to reduce greenhouse gas emissions is the tackling of deforestation. Globally, tropical deforestation accounts for around 20% of greenhouse emissions because it involves the destruction of a major carbon sink. Slowing down and ultimately stopping deforestation is a crucial action which needs to be taken, so it is imperative that leaders (particularly those of countries with tropical rainforests such as Brazil and Indonesia) discuss and lay out plans for this to take place.

As well as making plans to reduce greenhouse gas emissions, it is important that countries learn to plan in advance for the potential results of climate change. For instance, countries which are most vulnerable to the impacts of climate change need to make sure that infrastructure is strong enough to withstand extreme weather events such as flooding and hurricanes. Additionally plans need to be set out for evacuation and recovery of people within these events. Ironically, it is often the less developed countries which have the smallest contribution to climate change which are the most heavily affected. As a result, advanced countries (AC’s) need to scale up contributions to help mobilise at least $100 billion per year to support developing countries in taking ambitious climate action, in terms of both prevention and reduction as well as preparation for the future.

Despite all of these ideas and plans having been created, it is unclear and perhaps unlikely that it will all be followed through. Ultimately, the success of the conference is dependent on the world leaders of all the different countries deciding to take drastic measures to help avert climate change. They must begin to turn their commitments into actions, and do this with more urgency than ever before as this may be the last chance we can get. The next decade is decisive, and with the correct decisions we can begin to reverse and mitigate the effects of climate change, we just need those in power to take action.