The Story Behind Berlioz’s Symphonie Fantastique 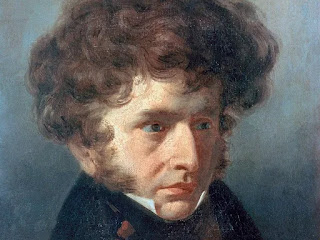 The French composer Hector Berlioz was the creator of the majestic Symphonie Fantastique. Through 5 movements, a tragic story of desire is told to the listeners.

The story began when Berlioz attended a theatre performance of Shakespeare’s ‘Hamlet’ in Paris, where the character Ophelia was played by a beautiful Irish actress named Harriet Smithson. “The impression made on my heart and mind by her extraordinary talent, nay, her dramatic genius, was equaled only by the havoc wrought in me by the poet she so nobly interpreted,” Berlioz wrote in his memoir. He had become completely infatuated with Smithson, his obsession causing him to stalk her compulsively by sending her impassioned love letters, flowers and even going as far as to rent an apartment close to hers in order to watch her leaving and returning. Smithson never responded to the letters and flowers; she eventually left Paris without making any contact with Berlioz. Naturally, this threw him into a delirious spiral of obsession, lust and pain, which is what created the Symphonie Fantastique.

The symphony tells a story of an artist who falls in love with a woman who does not even know he exists, almost like an autobiography of Berlioz himself. The first movement, ‘Rêveries - Passions’ (Daydreams - Passions), acts as an introduction to the plot. This movement begins with the ‘vagues des passions’ (vagueness / confusion of passions, like a sickness of the spirit) experienced by the young artist, but this changes when he sees the ideal woman of his imagination whom he is mesmerised by, and falls deeply in love. The woman is represented in the symphony using an ‘idée fixe”, a recurring theme that appears in all movements.

This is the idée fixe melody. It is tender, dreamy, and lively at the same time. Interestingly, Berlioz even added quavers (in the black box) to represent the artist character’s faster heart rate at the sight of the woman.

The second movement is named ‘Un bal’ (a ball), in which the artist attends a glamorous ball as well as other pleasant situations like looking at views of nature. It starts with a mysterious harp introduction with a feeling of excitement and anticipation, then the waltz begins. The waltz is derived from l’idée fixe that first appeared in Reveries-Passions, to symbolise the fact that even in the sensual richness of the ball and the beauty of nature, the artist is still consumed and haunted by the image.

‘Scène aux champs’ (scene in the fields) is the third movement. It begins with an interlude between two shepherds, who are represented by a cor anglais and an oboe. Rustling of the leaves and general sounds of nature whisper in the background, seemingly providing the artist with a sense of hope and security which becomes more apparent as the violins, flute and the rest of the strings join to produce a fuller sound. But it takes a clear turn when the artist begins to brood on his loneliness and wonder, “but what if she betrays me?” (as written in Berlioz’s programme notes). It’s almost like a switch, the mood immediately becomes heavy, dark and dramatic upon listening. The complex mixture of hope, happiness, fear and jealousy, swallows the artist as well as the surroundings; the movement ends on one shepherd resuming the pastoral duet seen at the beginning, but this time the other shepherd does not answer. The timpani concludes with the “distant sound of thunder… solitude… silence…”

“Marche au supplice” (march to the scaffold) is where Symphonie Fantastique truly takes a darker turn as the artist is completely engulfed by darkness. This movement is also the most vivid in terms of imagery in my opinion. He has become convinced that his love is unrequited and hopeless, thus he poisons himself with opium- it is too weak to kill him, but strong enough to throw him into a deep sleep. In this deep sleep he dreams that he killed his beloved, and that he is to be executed. He watches from a third person perspective, witnessing his own execution. Crying desperately for forgiveness, he can only watch his own death from afar. The march begins with a heavy introduction by the brass, then heavy footsteps played by the strings and timpani. The most striking part of this movement is the appearance of l’idée fixe towards the end. Only the first 4 bars are played, to be brutally interrupted by a single, short G minor chord representing the guillotine blade striking the artist, decapitating him. The idée fixe is played by a solo clarinet, contrasting with the other heavy parts of the movement to give a pure, nostalgic sound, as if representing the last slither of hope, and the last conscious thought of the artist. After the blow of the blade, the gruesome sounds of his head rolling down the steps into the basket are played by the strings.

The fifth and final movement, ‘Songe d’une nuit du sabbat’ (dream of the night of the sabbath) is where the artist loses all sanity, and all hope is completely eliminated. He sees a vision of himself at a witches’ sabbath among a gathering of evil entities who have come to his funeral. L’idée fixe appears in this movement too, but it has become something grotesque, a vulgar dance tune, no longer having the same sense of nobility as it once did. This portrays the arrival of the artist’s beloved arriving at the sabbath, “she joins the diabolical orgy”, wrote Berlioz. The eerie ‘witches’ round dance’ is played by the violins in a high register to represent the twisted cult-like gathering. The symphony ends with a victorious yet disturbing sound, celebrating the death of the artist but simultaneously showing the struggle between life and death.

Berlioz premiered Symphonie Fantastique on 5 December 1830 to celebrate Harriet Smithson’s return to Paris, but she did not attend. 2 years later, Smithson heard the symphony and realised Berlioz’s genius. The two eventually married in 1833, though they separated after several years of unhappiness and bitterness.