The Arts are Back in Business

Posted by Portsmouth Point on November 14, 2021 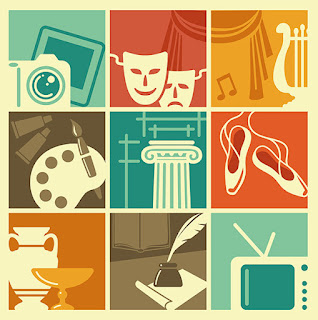 After such a long period of time where theatres have been closed due to the global pandemic, known as Covid-19, it is finally back, up and running to the delight of many people. I was lucky enough to go and watch the dazzling production of ‘Anything Goes’ at the Barbican centre in London during my October half term. To be in a west-end theatre again for the first time after almost two years felt like nothing else. The buzzing and bubbly atmosphere of going to the theatre is such a great feeling and like nothing else and I forgot how much I have missed it and longed to watch a live show again.

Of course during lockdown we had platforms such as netflix and disney+ to use as our entertainment and as an escape mechanism from reality. Going to the theatre to watch a live show and watching a film on your sofa at home are two completely different experiences. Theatre is exciting and every night it is new and different. Due to the fact that theatre is immediate, things could go wrong which transforms into a thrilling and exciting experience. I love the expression that ‘theatre is alive’ because it is, theatre is living and breathing and it is a different experience every single time. I think this is what makes theatre so exhilarating and different.

I can’t explain the feeling I get when I watch a show but it is almost a euphoric feeling which overcomes me with joy. The theatre was such a huge part of my childhood when I was growing up and it still is now. I go to the theatre not just because I love watching shows but to get wrapped up and immersed in someone else's story for a couple of hours. When I am watching a show I completely forget about anything which is bothering my mind or happening in my life at that current moment, instead I fully distract myself with the story which is in front of me, that is the beauty of theatre. Obviously, you can still escape by watching films but in my opinion it is not exactly the same as watching a live theatre production. If you are watching a film at home you have distractions around you compared to in a theatre it is just yourself and other people watching the show in front of you. I would urge anyone reading this to go and see a piece of theatre, whether that is in the west-end or not, but to be immersed in this type of art is a unique experience which everyone should experience at some point in their lives.

I tend to find that the arts, not just theatre, have negative connotations around them. A lot of people sneer at the arts communities because they don’t think it is an academic industry, in fact it is more than academic it is intellectual. Some people have negative views towards people who specialise in the arts. Maybe this is because they are uneducated in this industry or have stereotypical views or they just don’t appreciate the arts. However, the arts are extremely important within society because they raise social conversations and enable social change. The arts can be used as a tool to educate society about current situations. Additionally, the arts allow for individual self expression whilst also enabling exploration of emotions, imagination and it helps and encourages people to develop their own, individual voice. Every aspect of theatre, music, dance, singing or drama, engages a child's brain, body and emotions in different ways which helps them overall in their confidence, communication skills, concentration, emotional intelligence and creativity (plus many more vital skills one should have).

Throughout the pandemic we all heard on the news about the struggles which the arts faced during those difficult times and the lack of support which was provided for the arts industry. We must keep the arts alive within our communities as it keeps us connected, inspired and engaged. The arts raise awareness to society’s issues but most importantly it captures the good times and tells stories which we as humans are all built upon and we communicate by telling stories. Arts bring different people together and it helps to appreciate each other's diversity. Hidden meanings, lessons and an understanding can be acquired from the arts which can be transferred into making improvements and progression in people's lives.

If people have a better appreciation for the arts it can help make people become more open minded to other perspectives, views and interpretations. The arts can encourage meaningful conversations and people can gain an understanding that there is more than one way to approach everything.

If you aren’t already involved with the arts or haven’t gone to see a show yet since theatres opened I urge you all to make sure you do and you won’t regret it.