Posted by Portsmouth Point on November 14, 2021 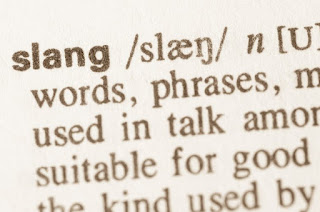 Following the news that Ark All Saints Academy in London has produced a list of slang words and phrases that students are not allowed to use in school work or classroom, I wondered, should schools ban slang altogether or is there a justifiable time and place for the use of slang?

Firstly, what is slang? Slang is words and phrases that are informal and used by people who know each other well, come from the same area or have the same interests, for example “whatevs”, “sumfin” and “chillax”. At Ark All Saints Academy, they included words like “no”, “Basically” and “you see” at the start of a sentence as well as the phrases “he cut his eye at me” and “that's a neck”.

As you would expect for such a contentious question, there are many opinions and views on this subject. Those in favour of banning slang words argue that:

1. In order to present themselves in their best possible way later in life, especially in work settings, it is important that students learn how to speak properly and cleanly, therefore without the use of slang.

2. Schools should be associated with a formal setting and the use of slang does not belong there (other than, arguably, in the playground and outside of the classroom).

3. Using slang too frequently could mean that students don’t develop as wide a vocabulary and are misunderstood both in school and in life going forward. It is very easy for students to default to the use of slang in their writing as that is how people communicate on social media. To make students aware that this is not an acceptable mode of communicating outside of conversations with their friends, would help in later life when writing emails at work.

However a lot of people believe that slang in and outside the classroom very much has a place in our lives, They argue that:

1. Slang is an important part of the English language and it is often used in everyday life and to remove it from the classroom or schools would be pointless and fake.

2. Language is constantly evolving and slang is a part of that. There is definitely no single way to speak so therefore schools should be teaching students about these differences rather than banning them. For example, different cultural backgrounds include many different words and phrases and to exclude those would be a very dull world.

3. Banning words and phrases that students often use could make them feel pressured and therefore less willing to learn when in the school environment as they will not want to volunteer to speak or offer their ideas up.

It will be interesting to see whether other schools follow the lead of Ark All Saints Academy and choose to ban slang from their schools or whether Ark All Saints Academy decides it has made a mistake and the creativity of its pupils has suffered as a result of the ban and revokes its ban on slang. It seems to me that slang will always have a place in our society and rather than banning it altogether, schools could teach their pupils where it is appropriate and where it is inappropriate to use slang so that they are equipped with this information later in life. Ultimately if slang words are regularly added to the Oxford English Dictionary each year, to ban the use of them would be like banning pupils from using old English and other long words found in a dictionary (which we know schools will not do!).