Should Laser Eye Surgery Be Free Under the NHS?

Posted by Portsmouth Point on November 22, 2021 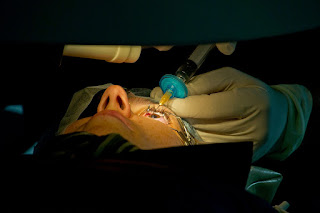 Laser eye surgery is when lasers are used to reshape the cornea of an eye, enabling the eye to be able to focus more and therefore, you are able to see more clearly. It is used to correct long and short sightedness and also astigmatisms. It enables you to not need to wear glasses or contact lenses and is permanent for the rest of your life. So shouldn’t it be free on the NHS?

Around 75% of adults in the UK use some sort of vision correction such as glasses or contact lenses. Only around 120,000 of these undergo laser eye surgery every year, mainly due to it costing around a whopping £3,250 per eye. The NHS will only pay for it if you are at high risk of losing your eyesight if the procedure doesn’t happen. The fact that the NHS acknowledges that the surgery can prevent blindness, emphasises how it should become fully funded by the NHS, especially as it is permanent. Hence, it is actually cheaper in the long run to have laser eye surgery as you wouldn’t have to replace broken or lost glasses and pay for contact lenses. Thus, due to it being a one off payment emphasises the benefits of using laser eye surgery particularly as it would not only save you money but also the NHS as you would use fewer resources from them. This would mean the resources can be used for those who are unable to have laser eye surgery for a particular reason and therefore, would be used more effectively. Thus, laser eye surgery should come under the NHS, especially as it is a one off payment.

In addition to this, the main sense of the five typical senses of humans is sight. Therefore, isn't it a basic human right that if you are born with sight that we should help you maintain the best standard of it for as long as possible? The NHS is the body who should perform the operations needed for this, not private institutions as it is such a basic right not a luxury. Also there is a reason why we are so reliant on it every second of every day. Furthermore, it is much more effective than glasses or contacts as it provides the patient with a better visual acuity. Thus, adding to the sheer necessity for laser eye surgery as the NHS sole purpose is to provide us with the best care possible. Thus, laser eye surgery has to be put free under the NHS, especially as sight is the most reliant sense.

However with the NHS having over £13 billion in debt, having an operation that could cost £6,500 for 75% of the population of the UK on top of paying the doctors for doing the operations, would put the NHS under an even greater amount of debt. Compared to glasses (which certain ones do come under the NHS), this change would add a colossal amount to the NHS bill. Thus, to the NHS it isn’t even feasible to consider doing this. Additionally, with the laser eye surgery there’s risk of infections and around 1 in 10 people would need a second operation. Thus, adding to the costs it would create for the NHS. The fact that it can cause risks due to the operation which glasses can’t adds to the cons of putting laser eye surgery under the NHS. Thus, the NHS wouldn’t even consider doing so.

If laser eye surgery was put under the NHS, there would be huge benefits for patients. However, it would cause colossal consequences for the NHS as the NHS would be nowhere near able to cope with the financial impacts of doing so. Thus, even though it greatly seems morally right and beneficial for patients, the NHS that would put it into place is not all prepared to do so. But maybe there’s a possibility in the future for this to change.