How Music Benefits a Person 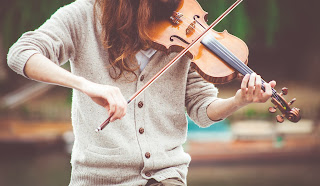 Imagine I told you there is an activity which positively impacts and improves your memory function, moderates your emotional states, helps you solve complex problems and exercises the brain to be healthier leading into later life.

What if this activity, is scientifically proven to be most beneficial when taken before the age of 10 but can still impact the brain if undertaken at any point during a person’s life? And what if, that activity is enjoyable for everyone involved?

Now you may be expecting me to introduce you to a new exercise regime, a new superfood, or even a new drug which in some magical way could make us happier, smarter, healthier, focused and more sociable. Well, it may come as a surprise to you, but this activity is in fact, as old as our cultures themselves.

And that activity is the oral art, of music.

Unfortunately, we still take music education for granted. Due to the recent squeeze on budgets, and cuts in schools, more and more children and young people are being deprived of their entitlement to access educational opportunities such as music. On the other hand, the lucky few who have had the chance to start their journey of learning an instrument, often quit too early. It frequently happens that teenagers in their 2nd or 3rd year of high school lose interest in learning music, as they get bored of repetitive practice and complain it takes too much time away from their social life.

Albert Einstein, a famous scientist and accomplished violinist once said ‘life without playing music is inconceivable to me. I live my daydreams in music. I see my life in terms of music… I get most joy in life, out of music.’ And it wasn’t just Einstein, who felt this way and benefited from playing an instrument. There are many well-known people, who have proved that intelligence, creativity, and success are all closely linked to creating music and playing an instrument, such as: Neil Armstrong, (baritone horn) an astronaut, Bill Clinton, (saxophone) former president and Charles Dickins, (accordion) an author.

After 2 decades of scientific research, we can finally prove that Einstein was onto something. We now know that music is more important than we ever considered, as learning to play a musical instrument can increase your IQ by 7 points!

Through using FMRI and PET scans, scientists observed the human brain under a variation of tasks, such as: reading, solving problems, and playing games. During these tasks, sections of the brain, which were being used, would light up. But the real magic began when the volunteer, played Music… Instead of a single area of light, the scientists observed fireworks!

When a person plays music, they use all parts of the brain, making it like a full brain workout. According to scientific observations, musicians’ brains are more developed compared to people who don’t play music - this is because musicians have a larger corpus collosum, which is a structure that binds the left and right parts of the brain. A larger corpus collosum means that a musician’s brain is simultaneously stimulated and engaged. Thanks to this ability, of both hemispheres working together, the person can take more creative pathways of thinking, meaning they can process information and solve complex problems, faster and more effectively, in both academical and social situations.

This research also showed scientists for the first time that language and music are linked. The good news is that for most of us music is in fact our first language.

We have been listening to music since we were born because babies process language as music. When mothers speak to their new-born children, they hear their speech as if it were a song. Babies copy their parents’ dialect and tone of voice. Then they begin speaking as early as 5 months and develop some fluency by the age of 3-4.

Now, imagine that the parents don’t stop there, and they give their children the chance to learn another language, the language of music, they let them make music, and discover it though playing different instruments? The trick is, to give children as many musical opportunities as we possibly can, so that we can start them off on their journey.

Students who study music for over 2 years, have regular lessons, can read music, and can perform in front of audiences, are shown to have better overall academic performance, particularly in maths, literature, and history. They are also shown to have highly developed memory functions. This is because musicians put tags against their memories, such as: a conceptual tag, an emotional tag, a visual tag and even a contextual tag.

And even further to this, musicians are also shown to have higher levels of executive functions like organization skills. Music education is shown to raise the general cognitive capacity such as making it easier to learn a new language.

Music education helps a person be comfortable with discomfort. ‘Music frees your soul, from the dungeon of your mind’ - Weiss Auguste. We all sometimes find our everyday activities stressful and difficult. Learning might be uncomfortable, but if children can be comfortable with learning, effectively they will learn better.

With music you can open the mind of a child in a very special way, music education has the power to form friendly connections between pupils which will improve the children’s focus and behaviour, in and outside the classroom and better communication with their teachers and parents. Music education has an enormous impact on people’s self-esteem, emotional states, and social skills.

Music connects you with like-minded people and teaches people to be patient, which is especially important for our generation. We, Gen-Z, have grown up in an age where we expect internet connection in the first 30 seconds of switching on our laptop, we are demanding, discourteous, inpatient and energy snapping.

Music might teach us, to be more patient. This is because, if we want to see good musical results, they will require a lot of time and effort. However, by the end, it will create a sense of achievement. Musicians learn how to manage their time effectively and how to be responsible and accountable, which is hugely beneficial in the working world.

If you learn to play an instrument as a child, it will benefit your well-being, memory, and verbal fluency. But music also has a huge impact on our physical health because if you can continue playing music well in to your 60’s it will lower your blood pressure, heart rate and levels of stress.

Like learning a foreign language, music shows potential in preventing or significantly slowing down dementia and Alzheimer’s disease.

Learning to play an instrument, keeps your brain sharper in old age! Therefore, it is never too late to learn making music.

And you can start today.