Posted by Portsmouth Point on November 03, 2021 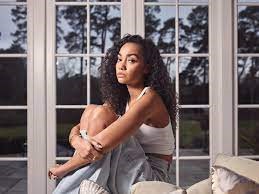 Leigh-Anne Pinnock is an English successful singer and songwriter in a band called Little Mix. She was born on the 4th of October 1991. The group didn't just become successful straight away; they had to work hard to get to where they are now. Leigh-Anne had to work 10 times harder compared to the other girls, being the only black girl in the group. Being a black girl in the pop industry as a solo singer will obviously be hard work but being the only black girl in a popular girl group must be even tricker. This year, she released a documentary called Race, Pop and Power which includes the racial hate and struggles she had to go through.

When Leigh-Anne was only 20 she was forced to dye her red and shave half of it off by X Factor to ‘look like Rihanna’. She agreed, which was most obviously because most people are naïve at that age and didn’t really have a choice. She has even said that ‘Looking back, it’s clear my colour was being used to define my image within the group.’ Which is sadly a thing prominent in girl groups such as Fifth Harmony, The Pussycat Dolls and Sugababes. They all include the ‘token black girl’.

As a child, Leigh-Anne’s parents never really explained that she may go through racism. Also, she shockingly never experienced racism until she was older which made sense as she was so shocked when she first experienced it. However there were a few incidents like people saying that she is from a jungle and that her hair is odd. She didn’t know what it was like to feel like you don’t belong, until then.

She said that sometimes she felt invisible when she was with the girls and she never felt good enough. That feeling ruined a lot of her experience where it really should've been the best time of her life. She tried to be ‘better’ to become  more popular and feel like she is the ‘same’ as the other girls. She is equal to them; she just never was treated equally. Yet all that trying went to waste as it still wasn't enough and Pinnock still received hate.

People used to always say it was just a silly voice inside her head. She even wonders if that if she was a few shades darker would she be in the wealthy position she is now. The group did a radio tour and Pinnock went up to them but sadly all the fans walked past her to see the other girls. She never really got racially abused. It was just like little things almost about being picked that built up which must have created a horrible feeling.

She has many things that people dream to have but that doesn’t matter, it's just that feeling and that feeling never goes away. 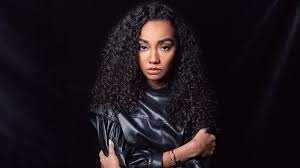 During May, when the uproar about the death of George Floyd was going on she felt that due to being the only black girl in the girl group which has a predominantly white fan base, she had a responsibility to speak up. So she posted a speech that she made that I think was very persuasive and powerful. Here is one of my favourite parts: "You learn to understand you can't be seen to be too loud or too opinionated, otherwise you are deemed a diva or aggressive. You learn that by walking into a room you are deemed unapproachable or offish before anyone has even approached you.”

She is more aware of racism than she was before. She had noticed that there were absolutely no people of colour working on the team when she went into work. It really baffled her so she decided to address it to her management team.

After people found out about Leigh-Anne doing a documentary people were complaining that a light-skinned girl doing this is colourism and why a mixed race person is being black people's spokesperson. People were saying that it shows that light skinned privilege is real.It must have hurt that white people were being racist to her because of her skin colour yet the hate that she got for being light-skinned from the black community made her feel worse and let her worries of not belonging even worse.

She felt that her whole Little Mix life was about fitting in. She and one of her Arab bandmates had felt if you wanted to be beautiful and glamorous you had to have this image of being white as possible.

They were told that their voices don’t matter and speaking up won't work by their old management who knowingly understands the affect and power they have on young children.

Since she can't change that horrendous time in her career, she has decided to use her voice to talk about her experience and make people more aware of what happens to try and make a change.