Ecofeminism as a literary and political concept is anything that links the eco genre and feminism. Through my reading and research, I have been focusing on the intense connection between women and the earth as well as how both women and nature have been treated as the outsider from mankind, having been (and continue to be) exploited and objectified. Currently, it is a small and niche genre, as it was only coined in 1974, so it is most commonly read and asserted within texts. I have included some disney characters that show this phenomenon in our modern day pop culture such as Elsa from Frozen, Tahiti from Moana and the Tinkerbell fairies.

Tess of the D'Urbervilles can be seen to be ecofeministic through the extended metaphor of Tess’ emotions being reinforced by the landscape around her, something that no other character has except the eponymous one. For example, when she is innocent and pure, the landscape is classically pastorally english; when her life is bleak, the farmland is flat and unproductive, the weather cold and the colours around her are dull. Also, Tess is shown to be tortured by modern farming machinery, which could arguably be Hardy telling of mankind (metaphorically through modernisation) destroying the traditional farming practices as well as hurting Tess. As an agriculturalist, Hardy lamented the introduction of modern machinery into the pastoral landscape as well as the destruction of peasantry, which he saw as a sacred tradition of England. 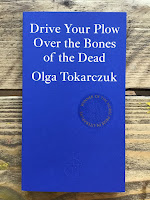 Drive Your Plow Over The Bones Of The Dead by Olga Tokurczuk can be seen to be an ecofeminist text through the connection the protagonist has with the landscape and animals around her. She is isolated from society geographically and socially through her house in the rural extreme of Poland, and through the term ‘crazy lady’ as she is known by people in the nearest village. This theme of alienation is ecofeminist because woman and nature have both been classed as the outsider by man who is usually seen as modernisation, and rural life seen to be more feminine. The protagonist also fights for the rights of wild animals against the male hunters of the village who aim to kill them, which shows this polarity and opposition between men against women and nature. Also, vegetarianism was incredibly strange for someone within this society of rural Poland, separating mankind in yet another way from nature. Tokarczuk challenges and chastises the reader’s expectations of the capabilities of women with a twist ending that leaves you questioning not only the morals of the protagonist, and therefore oneself, but also the extremities this fierce protection will push the protagonist to. 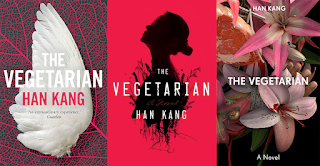 Vegetarian by Han Kang can be seen as ferociously eco-feminsitic through powerful and thought-provoking images throughout the novel that the author uses to portray the connection between Yeong-hye, one of the main protagonists, and the earth. This connection is shown to be so incongruous to the society the book is set in, that she is disregarded by her family, and society in general. An image that made a significant impression on me was one where Yeong-hye stays in a headstand because she feels as if her hands will become roots and her legs will grow branches and leaves, visually mirroring a tree, to show that the two are inseparable through this relationship. Vegetarianism is shown to be so unpopular and peculiar in Korea at the time and therefore the protagonist is treated as an outsider by other characters. However, the reader is shown the nationality and beauty behind Yeong-hye’s intuitive actions, arguably so that we are able to see society’s loss of this connection from a different perspective. There is a particular moment where Kang shows this connection to be so strong and invigorating to the protagonist that it almost appears sexual, especially to the man who is present and wants to capture this bond through photography. Kang portrays the man's desire to be a part of this connection by imposing himself within the scene, but by the separation of the camera lens, and the physical height difference, as Yeong-hye lays with him standing above her, he is shown to be entirely separate. Different covers that have been published for different editions of the book convey certain aspects that, once collated as below, allow many facets of the novel to be highlighted. For example, there is a woman rising up from flowers that appear to be a part of her as we are unable to distinguish where one stops and another begins; such delicate flowers juxtaposed with carnal symbols of meat cuts and a hand and a severed wing upon the vein pattern of a leaf.

The play Jerusalem by Jez Butterworth is a text that is more Eco than feministic, but, to me, it portrays the connection between the protagonist, Johnny, and the earth in a unique way. Butterworth shows him living in a caravan in the woods, highlighting his connection to the land through close proximity, and abandonment of society’s norms, expectations and physical structure and from his viewpoint, we are given an insight into our own separation from nature. The social aspect introduced through this play with the idea that Johnny is of a lower class because he is homeless, is one that thoroughly situates the text in England. In a similar way to Hardy’s modern machinery in Tess, the planned housing estate that will be built upon the land that Johnny’s caravan is on, could symbolise mankind’s demolition and exploitation of the natural world due to our loss of connection to it.

My interest in Ecofeminism has led me from the literary field and into the world of politics and activism. By listening to an Ecofeminism episode of the podcast called ‘Real Talk About Feminism’, I discovered how examples of this phenomenon can be seen through real-world politics. For example, Indigenous women in the Amazon rainforest fighting against its destruction. Also, countries with a higher ratio of female politicians have a larger push for environmental change and are meeting sustainability targets more effectively than governments with male leaders, or a male majority of politicians. Iceland’s current Prime Minister Katrín Jakobsdóttir is pushing to be carbon neutral by 2040 and almost 100% of energy consumption in Iceland is renewable, showing how effective women can be at pushing for environmental action.