Does the Language You Speak Affect the Way You Think?

Posted by Portsmouth Point on November 03, 2021 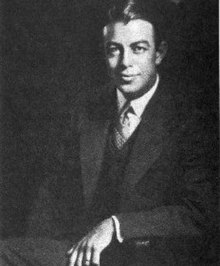 80 years ago Benjamin Lee Whorf published an article in the magazine, M.I.T’S Technology Review, alluding to the idea that the mother tongue restricts our ability to think. It wasn’t until many years later that it was shown that Whorf’s theory was composed without any real evidence, but the ‘damage’ had already been done. For years, generations regarded investigations surrounding the impact of our mother tongue as the lowest of the low, whilst others made wild assumptions about the power a language can hold, focusing particularly on Native Americans.

Perhaps Whorf’s most significant mistake was the assumption that our first language can act as a constraint and actually prevent us from comprehending certain thoughts. He argued that if a language had no word for a certain concept, then its speakers would not be able to understand said concept. For instance, a language without a future tense would result in its speakers not being able to understand the idea of there being future time. Of course, now, this theory seems absolutely absurd and one does wonder how it ever arose to such highly regarded fame.

So how is it possible to study such a concept if there is no evidence of our mother tongue restricting our ability to process ideas? One can consider the work of renowned linguist Roman Jakobson when, 60 years ago, he stated that “Languages differ essentially in what they must convey and not in what they may convey.” Essentially, this notion suggests that if our mother tongue were to influence our thoughts, it would not be based on what we are allowed to think about, but rather what we are obliged to think about. For example, let us compare French and English. In French, nouns are gendered, and so if I were to say “I went out with my friend”, I would have to choose between ami and amie, and so the sex is automatically revealed. Meanwhile, in English, there is no such thing as gendered language, and so by stating “friend” I do not reveal their sex.

That is not to say that an English speaker is unable to grasp the concept of the male and female sex, but simply that they would not have to consider them in such a sentence. Similarly, English forces us to consider certain ideas that other languages might not, such as time. In English, verbs are formed in different tenses, whereas in Chinese the same verb form can be used for past, present, and future, and so time is not referred to in every sentence. This doesn’t mean that people with Chinese as their mother tongue cannot understand time, it just means that they would not be forced to consider it in the same way. Your language forces you to pay attention to certain details that others might not, and so it seems only natural that your mother tongue would lead you to certain experiences, thoughts and perceptions that one might not discover in speaking another language.

However, that is not to say that our mother tongue does not have an influence on us. For example, various experiments have shown how the grammatical gender of a noun can influence the speaker’s perception of the object. In particular, one experiment studied the difference between certain nouns in Spanish and German. The nouns chosen were all masculine in Spanish, and feminine in German. The results showed that the Spanish speakers had tendencies to view these objects as “manly” with properties such as strength, whilst German speakers viewed them as more “feminine”, using descriptors such as elegant. Furthermore, psychologists have even been able to show that gendered languages give speakers such strong associations that it can actually affect their ability to retain information. Of course, this does not mean that speakers of gendered languages cannot understand that objects do not actually have a biological sex, it just means that their perception may have been been slightly warped due to natural associations.

Examples of how languages may differ in describing the same concept are abundant. For years it was claimed that our mother tongue actually acted as a restriction on our reasoning capabilities. The discovery of the lack of proof of such claims led to any theories automatically being disregarded, however it can be argued that there may still be an influence on our abstract reasoning. The culture of each language will have quite naturally instilled upon the speaker a habit of thinking and processing that ultimately gives a slightly different perspective. Whilst experiments until now have not been able to fully demonstrate these possibilities, it can be said that it is a current lack of knowledge on how to measure any consequences that is preventing evidence from arising, rather than there being no proof to be found. Thus, although Benjamin Lee Whorf’s theory is deemed as absurd, it may be that he is closer to the truth than we think, in the sense that actually we all do process the world differently, with one causal factor being our mother tongue.