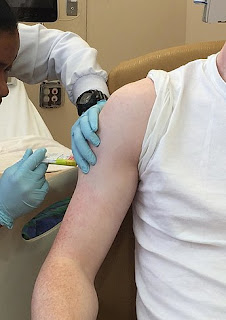 Clinical trials are viewed as the most reliable method of research among medical circles but they are not without fault. To eliminate the problems of clinical trials, one must critically consider all possible problems and bias’ that could arise when conducting a clinical trial.

Internal validity is viewed as key to any clinical trial as internal validity can be affected by bias. Bias is a disproportionate weight in favor of or against an idea or thing, usually in a way that is closed-minded, prejudicial, or unfair. It can simply be a researcher who has not been blinded from the allocation process favouring the treatment. In terms of the patient it could be the fact that they had predicted the effects of the treatment (positive or negative) and as soon as they received just one of the perceived side effects, they believe they are being treated. This mindset has been shown in the past to alter the way people suffer from a disease. Just the belief that the treatment is helping (even if they are not receiving it) can often make them ‘feel’ better in the short term. In clinical research biases often take place at the most crucial times.

In clinical trials biases most often take place at one of four stages, selection, performance, detection and attrition. Selection bias can take place when a researcher allocates patients with a certain characteristic or health problem to a group. This takes away from the randomisation but quite obviously is  a sign of bias. Performance bias can take place when there is a difference in care excluding the treatment under investigation. This again takes away from the randomisation of the randomised control trial as certain patients are being treated differently because of the different settings they find themselves in. Thus defeating the point of the trial. Detection bias refers to systematic differences between groups in how outcomes are determined. Attrition bias takes place in most clinical trials, it is when members of the group leave the trial thus bias enters the trials. You cannot plan for the departure of patients as this would take away from the randomization of the trial. To understand to what extent bias is present in a study, one must ask a series of simple questions. Such as was the allocation of patients for all groups random? Or were there certain characteristics that led to some patients being placed in certain groups?. Only after you have found the answers to these questions can you find out whether or not the trial was truly valid or not.