A Love-Hate Relationship with English Literature

Posted by Portsmouth Point on November 23, 2021 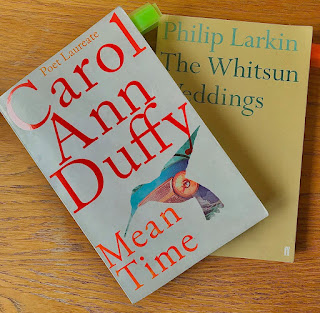 As an A Level English Literature student I’m always told to look for meaning. And of course, I do because I would quite like to pass my exams and do as well as possible. However, there still remains a part of my Year 7 self that just wonders: what is the point? Why should I look for meaning? Back then, I was first introduced to some of the classic books, which were more advanced and more challenging than my previous readings of ‘Diary of a Wimpy Kid’ (great series but not of a high literary calibre). I despised the authors that thought themselves all high and mighty with their old-fashioned words jumbled in such a fashion that I was forced to deduce from their writings. Their wordings were so confusing it really wouldn’t do to just read them as they were because frankly, they made no sense to me at all. Not only did I dislike the work because I found it difficult to comprehend but I also disliked it because for the first time in my life, I was being asked to “find meaning”. What a stupid phrase. I loathed the idea of having to do such a thing and didn’t see why things couldn’t just be taken at face value. At the end of the day, whether you went the extra mile of looking for different interpretations or not, the book would always plainly state the same words, introduce the same characters, and contain the same plot. My Year 7 self being asked to explain why this character was described like that and why that setting was described like this was quite frankly, irritated. Oh, how I wished I could just blurt out “Why? Maybe because that is just how the character looks”. I really couldn’t understand why fully grown adults couldn’t just see the answer sitting right in front of them. Instead, they blindly tried to search for something that simply wasn’t there, and since they couldn’t find it, they then came to the conclusion that “everyone’s idea is right!”. Nonsense. If I wrote a story and described myself as a “dark-skinned girl with curly hair and black, rounded glasses” that would be because my character is a dark-skinned girl with curly hair and black, rounded glasses. What couldn’t my teachers understand about that? Fancy that, 11-year-old Amazing smarter than her teachers. Who would’ve thought?

Since then, I have obviously progressed as an individual and my mindset has changed. A lot. I now understand there is a difficult technique that is required to come up with a well-written piece (a script, poem, or novel) let alone, going that extra step further to create it in such a way that, ideas are subtly situated on the page; right there in front of you yet craftily twisted so that it remains concealed within the inner workings of one’s imagination. These are people with an intellect to be respected. Even more so, are the writers that introduce politics, philosophy, history, anything that has universal relevance and make a social commentary of sorts. These matters are so intricately sewn in that, one may glance over them at first without paying heed to them at all. The author has cleverly struck the balance between telling the reader something explicitly and conveying a message that doesn’t blatantly reveal its presence. It isn’t until you keep coming back to the text, re-reading, and re-reading, that you begin to uncover the message. Those that can successfully achieve that, have a talent to be admired. The greatest of the lot, I think, are those that create a work that has its original message so deeply embedded, immune to any attempt to uncover it, that it baffles the likes of scholars, allowing for the emergence of controversy. These are people that have decided to fully dedicate their lives to the world of academia yet, even they cannot reach a conclusive answer. To create such a large-scale debate is truly an impressive feat in my eyes. As established, more often than not, the meaning of a text is implicit, which allows for a variety of opinions to surface. I have come to realize that these interpretations are what shape literature. Our interpretations are what transform it from mere words on paper to vivid stories, containing lifelike characters, that one can almost reach out and touch. The disappointment comes when you realise that these characters, borne from the pages of one’s novel, are not able to go further than the realms of one’s imagination. In a sense, that is also what makes reading so thrillingly personal. It speaks to the individual and the individual alone. What one makes of this one-sided conversation may be vastly different or exactly the same to someone else. The potential polarity of such thoughts is what gives scope to endless possibilities. Okay, maybe not endless but you get my gist. Whatever you think is, of course, limited to whatever the author presents you with, but my point is, there is a certain freedom to be felt whilst reading (even if it is only that one book you like), no matter how small that liberty is. It allows one to enliven what would have otherwise been formless characters who exist simply as words on a page. From there, you can either reach out towards them and immerse yourself into their world, almost feeling first-hand their experience or, allow them to come to you so they can transform your otherwise boring and uneventful life. No offence.

From time to time, Year 7 Amazing makes an appearance in my head, and I am sitting there wondering what is the point of all this? My once problematic relationship with English Literature has developed into what I would call a love-hate relationship. When presented with a text that I don’t find particularly difficult to make inferences from, the prospect of finding hidden meanings doesn’t seem too daunting if it all. It’s the more difficult ones, where the meaning isn’t staring at me squarely or possibly hurling itself at me (as I would really appreciate, especially in those exam situations), and I have to rack my brain, using 101% of my brain power, just to still sit there utterly perplexed by what I’ve just read. It’s times like this where I think to myself: “Why on earth did I take English?”. And let’s say I do manage to come up with something, there is sometimes that fleeting thought: what if I am wasting my time and the author didn’t write with any of my ideas in mind? Death of the author in critical theory provides an answer to that question. It doesn’t matter. My interpretations, as the reader, are just as valid as the writer’s original ideas. That is why the thought is always fleeting. Suffice to say, English Literature is definitely one of the subjects I find most interesting at school and 16-year-old Amazing no longer deems her teachers unintelligent fools.