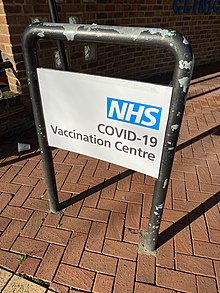 Withholding a vaccination from a child betrays the duty of care an individual as a parent holds in some ways. The first of these being the potential health risk to the child. For vaccinations against diseases such as Measles the risk of a harmful or severe side effect developing after having had the vaccination is less than the risk of catching the disease and having a severe case of it. This can be seen in America in 2019 where approximately 1300 cases of Measles were reported across the country. This may not seem to be a large number worth being afraid of, however, this number is the highest reported since the 1990s and shows a 100 fold increase in the number of cases from 2018. This demonstrates that there is a rising mistrust surrounding vaccinations or that many parents don’t deem certain vaccinations - such as measles to be necessary due to the relatively low number of yearly cases and the idea of herd immunity.

The role of a doctor surrounding vaccinations must be considered carefully as unless the child is over 16 in the UK the parent is the consenting party. This may lead to complex situations if parent and child disagree over whether the vaccination is to be received and doctors must consider the legality and ethics surrounding the issue. Particularly the issues surrounding Autonomy, one of the 4 pillars of modern medicine. This would imply that the child’s wishes should be the ones being adhered to by the doctor; however, legally this could lead to charges of assault or battery being levied against the doctor.

Perhaps the best thing a doctor could do in this situation would be to provide information to the parent regarding the risks of the vaccination and the risk of the disease to which it provides immunity.  This along with answering any questions that the parent has regarding the vaccine process, its risks and benefits etc would likely be the most ethical way to resolve the situation. The issue of beneficence can also be raised in this situation as allowing for large numbers of children to go unvaccinated puts a greater strain on the healthcare system  which would be better served dedicating its resources to other more severe patients instead of having to treat disease which could’ve been prevented from spreading via a vaccination.

The situation would be ethically demanding of the doctor given the conflict between beneficence to wider society, autonomy of the patient and the requirement for these to be upheld to their fullest extent whilst remaining within the boundaries of the legal system of the country.

Philosophy and Religion Science and Tech