Opposition to Vaccination in Professional Sports 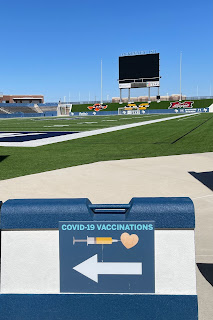 In a world where information is abundant and knowledge is easily verified in a moment's notice, an epidemic of fear and misinformation still runs rampant. The poor, the rich, the sick and the healthy are not immune however a surprising group, athletes, seem to be at the forefront of controversy when regarding weariness towards the COVID-19 vaccine. Unsurprisingly, athletes are at the forefront of immunisation to COVID-19 due to their line of work and the close contact with others, naturally meaning that a vaccination is advantageous as they do not have to miss out on work however as a result of this. Many athletes, who have worked tirelessly through their life to maintain a level of health many can only dream of, have been opposed to immunisation of COVID-19 and or unwilling to speak on the matter, most notably, American sports stars; Lebron James and Kyrie Irving.

Across the pond many sportsmen have taken reserved and contrarian stances regarding their vaccination status. Lebron James, who boasts 100m followers on Instagram, was coy when asked about his vaccination status in March of this year saying he would “Pretty much keep that to a private thing”. The international basketball star has since been vaccinated however he still keeps his previous stance saying that advocating vaccinations are not “my job”. James’ stance has drawn criticsm from former NBA player and prominent social rights advocate Kareem Abdul-jabar as he implored James to be a role model comparing his actions to town leaders putting out fires. “when the town leaders joined in, it encouraged others to do their duty. Today’s celebrities and athletes are like those town leaders. You either join the line to save your neighbor’s home, or you stand by and let it burn because you don’t owe them anything.”

Whilst James’s controversy stemmed from a lack of a promotion for the COVID-19 vaccination program, a former teammate of his, Kyrie Irving, has been making headlines in his battle against COVID-19 vaccinations. The Brooklyn Nets point guard is required to be vaccinated in order to play games in his home arena meaning his absence from those 42 games will cost him $16 million in salary lost. The prospect of financial loss does not faze Irving as he remains unwavering on his anti-vaccination stance. Irving has previously spoken on the need for togetherness as he became a prominent figure in social justice issues in the wake of the murder of George Floyd. Irving has been heavily criticised as a result of his behaviour with his actions being compounded by his stance on the shape of the earth in 2018. He said “I don’t know. I really don’t.” In turn his newest behaviour as drawn huge criticism as his opposition to the COVID-19 vaccine was a result of his contrarian personality.

With 90% of professional athletes estimated to have been fully vaccinated, those who are not stand in a minority however their opposition remains a headline. Many athletes have been forced, not physically, but financially to receive a vaccination as they risk losing 50% of their salary and an even larger piece of their reputation but a large question still looms over them. Why are they hesitant? Whilst little can definitively be said about their reluctance to be vaccinated or speak about the matter, definitive statements can be made about the future of their reputations, namely that of Kyrie Irving. A man that has added selfish to his contrarian and ignorant persona is sure to decrease his reputation and undermine any future philanthropy. Irving has simultaneously decreased his salary, worsened his team performance and reputation for the sake of seemingly nothing as a valid reason to remains a miss leading people to believe his reason for opposition is nothing more than a contrarian stance.