Music is something that dominates my life. I spend almost every spare waking moment listening to music, creating playlists and learning about the artists who create the music I love. Collaboration is a key part of music making but also listening, so I wanted to share some of the music that I have discovered over the last few years. 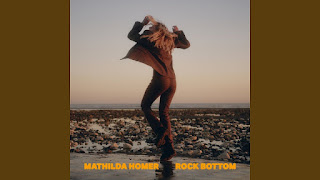 Firstly, for moments when I am feeling calm or relaxed, usually when I'm out for a walk with my trusty headphones, I like to stick on a track called ‘Rock Bottom’ by Mathilda Homer. This is off her recent EP released in September 2021. It is about the breakdown or gradual ending of a friendship. The lonely lyrics are reflected by the simple guitar, bass, drums and voice combination at the start. However, by the start of the final chorus there is an almost uplifting feel which I think is caused by the addition of a string synth.

(Special Mentions for this style include: To the Moon by Isaac Waddington, Scorpionfish by Beatenburg, Speed Racer by Her’s)

The next song on my list is ‘I Love to Boogie’ by T.Rex. This is the perfect mood booster. When listening to it, I cannot help but think of the scene in the 2000s film ‘Billy Elliot’ where Billy realises his love for dancing to this song and because of this it is my go to dance around the kitchen song. Also I always think of Billy’s tough older brother Michael who is shown enjoying the song whilst he hoovers, It just reminds me what an effect music can have on all types of individuals. This song gives me such a sense of happiness that I simply cannot articulate well enough using words.

(Extra mood boosters: Ruby by Kaiser Chiefs, 1999 by Prince, Does your Mother know By ABBA, Man! I Feel Like a Woman! By Shania Twain)

A song which I have enjoyed performing with the band I'm in, is ‘Girl With One Eye’ by Florence + The Machine. This song is frankly quite aggressive and dramatic but undeniably one of the best songs to play really loud during a long car journey. Like ‘Rock Bottom’ this piece is also played by a simple band set up. It is impressive how much variation, and force can be achieved by so few instruments. For me, the car is such an important part of my music listening. It’s the only time that I (or anyone really) can listen to loud music without feeling bad about my neighbours, or people around me. So if you don’t listen to music in the car you are missing out!

(Other dramatic ones include: Zombie by The Cranberries, Enter Sandman By Metallica, Easy Livin’ by Uriah Heep, La Grange by ZZ Top).