COP26 - What Is Expected to Happen? 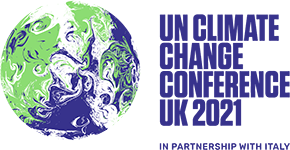 Starting on Sunday the 31st of October and ending on the 12th of November, COP26 is due to be held in Glasgow, Sotland. COP26, standing for conference of the parties - the world's major annual climate conference where hundreds of leaders meet to negotiate and agree methods of tackling climate change, is being held to accelerate the goals of the Paris agreement and to discuss the pending issues of climate change. The meeting will be the 26th of its kind, and has been postponed from last year, the last meeting was held in Madrid in 2019. This COP is more important than ever before because this is the last decade we have to avoid the worst impacts of global warming and it's also a unique option to build a stronger and fairer global economy by making governments take action quicker.

This year's COP marks the deadline for countries to present their plans to cut emissions because these plans combined need to make sure that global temperatures rise no more than 1.5℃ by the end of the century. Other things being discussed include the idea of wealthy nations promising $100 billion a year to help poorer countries reduce their emissions, rules for carbon markets, adaptation for countries to protect natural habitats and communities and overall just countries agreeing to work together as a collective. However, one of the main aims is for all countries to update the summit with their plans and progress on what was agreed at the Paris agreement.

The summit is also an opportunity for countries to share progress. The UK, for example, has decarbonised its economy faster than any other country in the G20 since 2000, are the largest producers of offshore wind energy in the world and have announced the end of the sale of new petrol and diesel cars by 2030. France has announced its plans to reduce its carbon emissions by 75% by 2025 and Germany is still a pioneer in the development of renewable energies.

It is set to outline and give countries guidance on how to tackle climate change but also force the world into coming together as one to tackle a common issue that could, quite easily, destroy humanity itself.