Posted by Portsmouth Point on February 04, 2020
by Eddie Banham

Migration is the movement of people to another country. This is typically due to war, famine or disease in their country and they come to the UK and other countries in the hope of starting a new, better life. 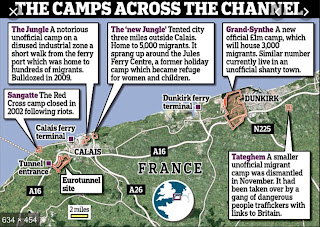 There are a lot of issues surrounding the topic of migration. One of the main problems is the fact that some countries are not as keen to let immigrants into their countries, some even going as far as placing restrictions to entry on their borders. The amount of restrictions vary greatly from country to country. For example, the US-Mexico border (for entry into the US) is very tight. Another issue is the extremes that people go to escape their country. This is because they would rather risk their lives in the hope of a better one than be stuck in their war-torn country, for example. The immigrants take their family and friends on tiny, unstable boats across the Mediterranean from countries such as Afghanistan, the Middle East and North Africa to other countries such as France and Greece.

We can help any immigrants in our local community by welcoming them and offering our support to them, such as sorting them out with a job or babysitting, just little things that can help them out and mean a lot to them.

The immigrants can become UK citizens by taking a UK citizens test and getting above a certain mark. Overall, the issue surrounding migration is a long-term problem and we can help by petitioning for the governments to be more welcoming.