Posted by Portsmouth Point on February 03, 2020
by Phoebe Clark 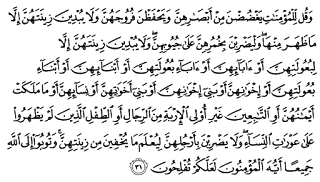 The religion of Islam has been hugely misunderstood and unfairly punished by a huge number of people and communities, mainly in the western world and America. Unfortunately certain aspects of the religion can be interpreted for different meanings, some of which have detrimental effects on public security and the view of Islam and Muslims as a whole.


One particular area of the religion, which the media warps and promotes and wrongly teaches to vast numbers of people, is one of the 10 obligatory acts of islam, which they are required to practice every day for a strong faith. This is called Jihad meaning the struggle. There are two parts to jihad, the lesser and the greater. The greater, which is much more popular and essential for Muslims, is about the struggle to become a better person and to look at yourself and how you treat others and see how you can improve to make your life and other’s lives nicer, something I think most of humanity should adopt in this modern age. The lesser, which is used by the media to label terrorist attackers, is about the struggle to share and promote islam. This area is where many people outside of islam are misinformed. Lesser jihad can be literally, and dangerously, interpreted as Allah telling people to fight other religions and forcing them to convert. However, this interpretation is uncommon, but the rare occasions that a suicide bomber or terrorist attacker is a Muslim, than the media grabs the opportunity to twist words and create widespread fear of Muslims.

Also, Islam is taught, spoken and written in Arabic, a language not many non-Muslims speak. Therefore, people hear this language and are scared of the unknown and the fact that it sounds so foreign. This causes a huge rift between communities when, in fact, the diversity should be celebrated and appreciated as a thing of beauty. In year 10, pupils studying PRS were taken to London grand mosque to get a full understanding of a muslim’s daily routine. This opened all our eyes to the beauty and wonder of the religion in a way we had never experienced before. And contrary to common misconceptions, the people were all welcoming, kind and respectful, just as we were in their place of worship. When we spoke to some of them we asked how they felt and how they were affected by the misconceptions and their portrayal in the media and showed their outrage as they told us about how they had been treated by strangers, thinking they had a bomb tied to their chest in the tube as they were on their way home from work.


The way many people view this huge percentage of our society is saddening to me, as we could be embracing their cultures and traditions to gain a wider understanding and knowledge of a huge 24.1% of our global population.
Philosophy and Religion