Why I Would Vote SNP 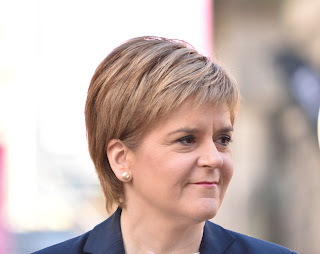 There are two problems with the title to this piece. Firstly, I don't turn 18 until September this year so I won't be able to vote in the General Election on 8th June and secondly, the SNP don't stand in non-Scottish constituencies so there will be no SNP candidate where I live. If both these obstacles could be overcome, I would vote SNP.

My starting point is that I'm worried about the effects of an ideologically-driven hard Brexit. The main reason for voting SNP is that a large group of SNP MPs in Westminster is the best way of forcing Theresa May into a softer kind of Brexit deal. The harder a Brexit deal that gets agreed with the EU, with the inevitable severe economic consequences, the more likely is Scotland to vote to leave the U.K. The more real Theresa May sees this threat to be, the more reasonable a deal she may try and negotiate. If she sees that the SNP contingent at Westminster is significantly smaller, see will think there is no political downside to a hard Brexit.


Electing a few more Labour or LibDem MPs will have no effect on the dynamics of the negotiation. The SNP are the only group in Westminster that have any political leverage. It doesn't matter what you think about Scottish Independence...that is not on the ballot paper this time. If, like me, you want a soft Brexit deal that limits the damage caused by last year's referendum vote, then the only way of putting any pressure on Theresa May is the return of a large group of SNP MPs. So, if I could vote, and if there was an SNP candidate in my constituency, I would vote for them.
Blog Exclusive Current Affairs