Posted by J. Burkinshaw on September 15, 2016
by Cicely Podmore 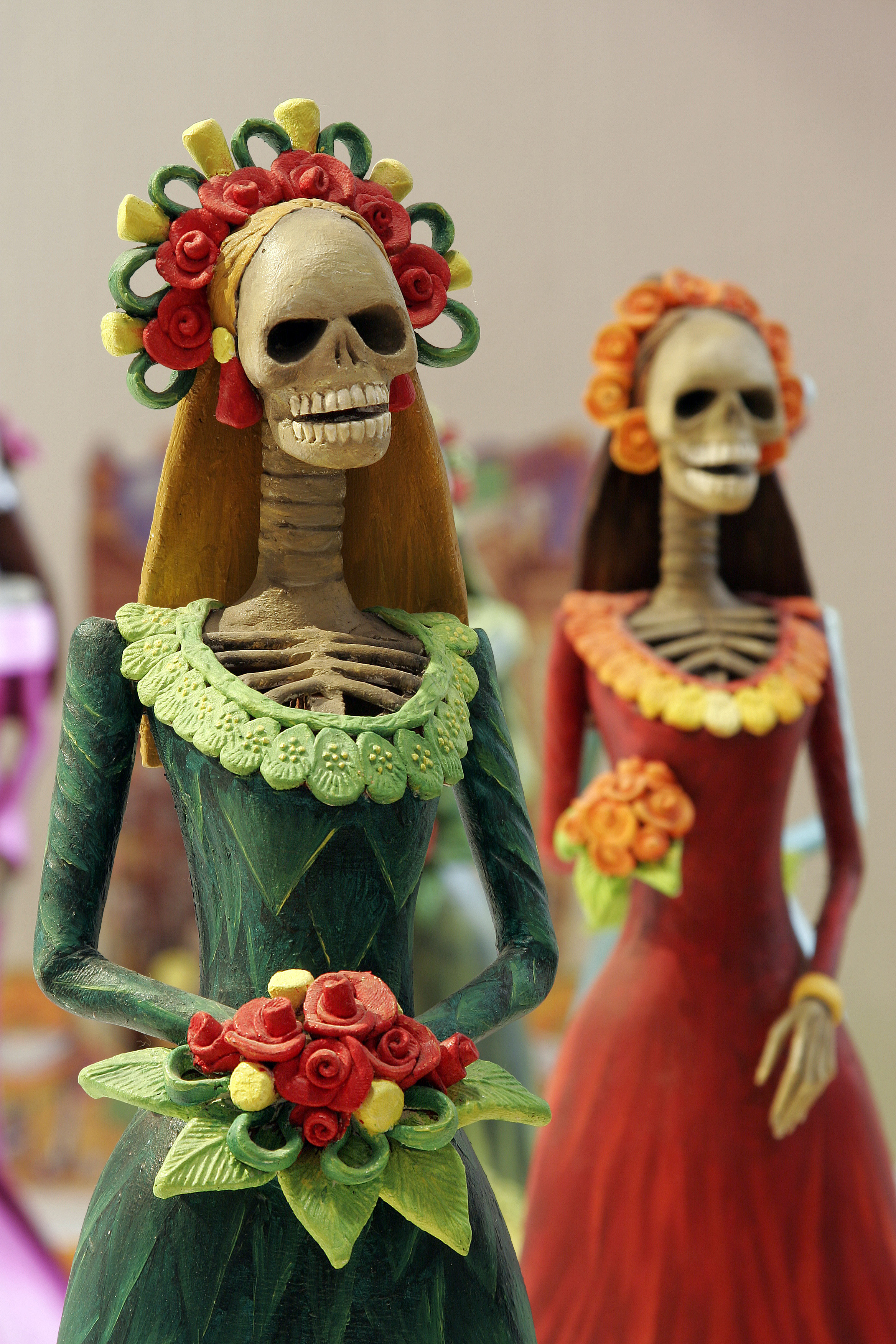 Undoubtedly, any observations of a continent as a whole, especially one the size of South America, are going to be untrue to a certain degree. However, I propose that, in the most part, attitudes towards death in Latin America differ substantially from those in the West. The impoverished nature of South American countries where 2 in 5 people live below the poverty line (1.) results in an attitude which is more accustomed, even occasionally dispassionate, towards death. As the philosopher, Emilio Uranga reflected: 'For the Mexican, death is ... an everyday accomplishment. All would agree that for the Mexican death is familiar. Our people coexist with death.' Unfortunately, mortality is frequently as a result of violence, rather than natural causes, in what is a continent suffering from the existence of drug plantations, drug cartels and consequently, crime. Columbia, Bolivia and Peru are the world's main growers of cocaine and this negatively affects local communities. The statistic that 'only 41% of Brazilians and 35% of Mexicans graduate from secondary school' (1.) provides evidence for the lack of education available. This void of activity and simultaneous need for money turns many youths to involvement in drug gangs which are, worryingly, more accessible than schools. This job then consists of selling drugs or trafficking, almost guaranteeing premature death whether by the police or during rival gang disputes. In one Brazilian favela, Penha, it was found 'that of 32,000 children, only four had not lost a family member to violence.' This figure is largely due to police brutality and the shocking fact that 'Brazilian police kill on average six people a day (2.)' El Salvador's homicide rate, primarily due to its main gangs: MS13 and Barrio 18, exceeds all others at 103 per 100,000 inhabitants (3.), allowing it to be classed as the most violent country in the Western Hemisphere.
There have also been increased stories of 'machismo' in Latin America; chauvinism which often leads to murder. El País has reported that 'en los últimos años, el número de feminicidios ha aumentado de manera alarmante en muchos países de la región. Según un informe reciente, de los 25 países que registran una mayor tasa de estos crímenes, más de la mitad (14) son latinoamericanos' (4.) (in the last few years, the number of 'feminicides' has increased in an alarming manner in many countries of the region. According to a recent report, of the 25 counties which have registered a higher rate of these crimes, more than half (14) are Latin American.)

The juxtaposition of death being such an unavoidable part of life makes it seem logical that 'El Día de Los Muertos' is celebrated not only in Mexico (where it originated from and remains a National Holiday), but across the continent. The day itself, the 2nd November, is far from a lamentation and instead has a festival atmosphere, aided by the bright colours of red and orange (traditionally the colours of death) which are worn and used decoratively. Further, the consumption of sugary items such as the sweetened 'pan de muertos' (bread of the dead) and skull-shaped sweets seems a direct contradiction to the darkness and solemnity which we associate with death in the UK. Although the day is the Latin American equivalent to All Souls Day, it could not be further from the morose prayers of the West. The reason for such joviality is due to the enduring Catholic religion in South America whose belief in an afterlife portrays death as a new beginning. This attitude of positivity is rooted in the idea of the eternality of the soul and that it can return to Earth on this special day. Whereas the western Halloween tradition consists of carving pumpkins and wearing costumes to repel spirits, Latin Americans try desperately to attract them (especially deceased family members) by building 'ofrendas'; shrines which are covered in food and drink to tempt the souls. This welcoming approach towards the dead is an example of the rationality of the South Americans compared to Westerners and our celebrations based on fear. The loving, festival approach is definitely one to be adopted. In fact, Basingstoke has already planned their 'Day of the Dead' party for this year and the popularity of the festival has been shown by its inclusion in popular culture, most notably, the first scene of the latest James Bond film. In future years, I hope to see a further shift from the morbidity of Halloween to the joyousness of 'El Día de Los Muertos.'