Not Just “A Child Dancing”: The Presentation of Down’s Syndrome In Recent Media Stories

Posted by J. Burkinshaw on September 18, 2014
by Laura Burden 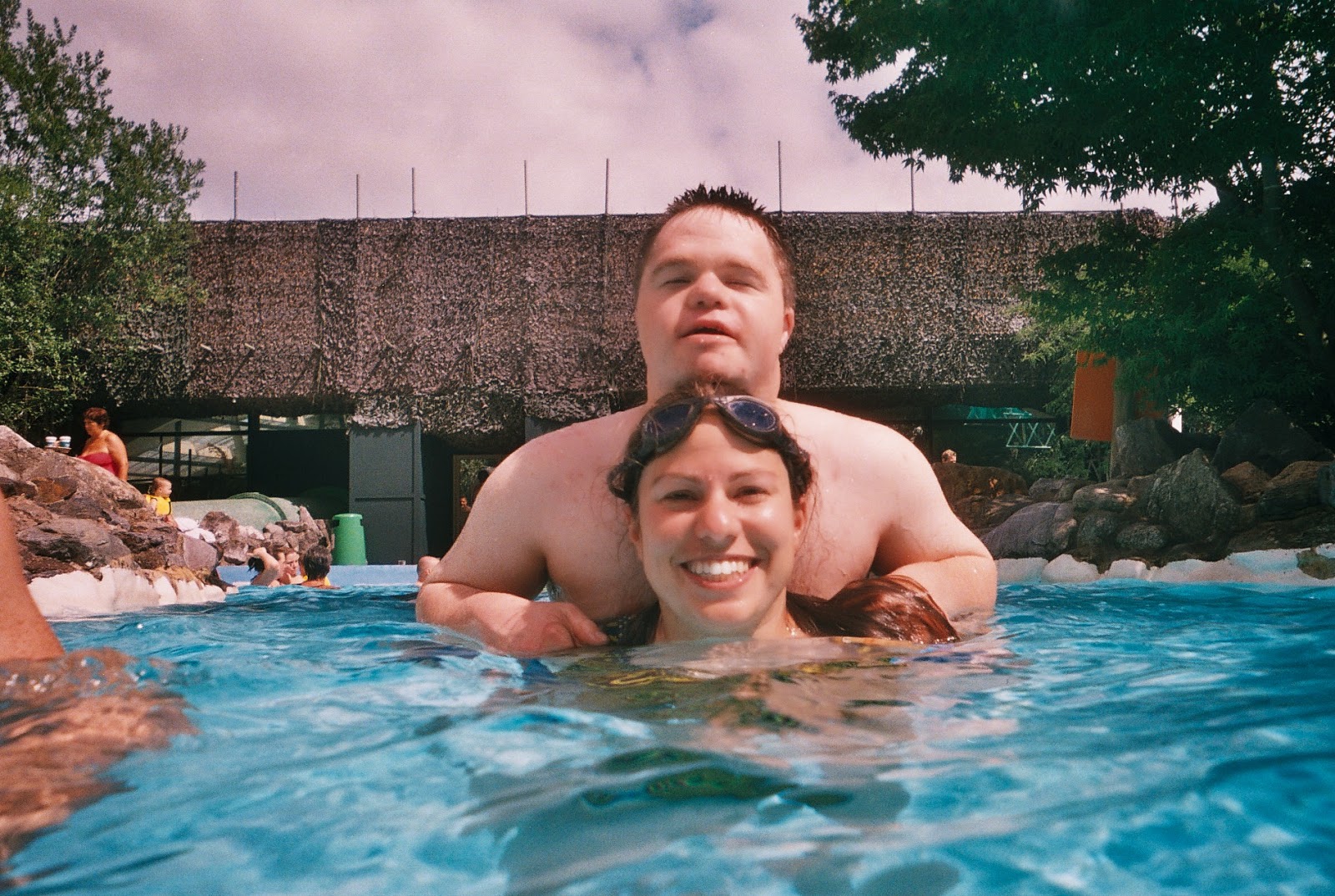 It shouldn’t be surprising that there were three news stories featuring people who have Down’s syndrome during the summer. It is, after all, one of the most common disabilities, occurring at the rate of one per 1,000 births globally. It is even less surprising that the features concentrated upon the young.


One heart-warming story was of the actor Daniel Laurie becoming the first person with Down’s syndrome to be accepted for the summer course for the Royal Central School of Speech and Drama. Acting is an area in which those with the condition have traditionally met with success: a glance at Wikipedia’s page “Notable Individuals with Down Syndrome” (sic) suggests that many have enjoyed positive careers in theatre. Daniel Laurie, a teenager, interviewed on BBC Radio 4’s Saturday Live on 9th August. He was articulate, funny, and evidently excited about his achievement.


The second story is a sad one and it provoked international outrage. A Thai mother reported that she had entered into a surrogacy arrangement with an Australian couple and had given birth to twins – one healthy girl and one boy with Down’s syndrome and an attendant heart condition. She claimed that the Australian couple had abandoned their disabled child and that she would struggle to care for the little boy, who she had named Gammy. Within a week, an online fundraising campaign titled “Hope for Gammy” had raised £88,000. The biological parents made counter (and, at times, contradictory) claims that their surrogate had threatened to abort both children and had wanted to keep the male child, but the revelation that Gammy’s natural father had prior convictions for sexual offences against children did little to strengthen their case. The story subsided from global media attention with the Australian government moving towards banning international surrogacy: Gammy, a classically adorable baby with blue eyes, presumably remains in Thailand.


And where would we be without Richard Dawkins to reduce every moral issue to 140 characters? A twitter user, InYourFaceNewYorker, tweeted, “I honestly don’t know what I would do if I were pregnant with a kid with Down syndrome. Real ethical dilemma.” Dawkins’ response was swift and succinct: “Abort it and try again. It would be immoral to bring it into the world if you have the choice.” In the ensuing furore, which evangelical Christians, disability rights activists, and trolls happily pitched into, a few themes emerged from the online postings. One was that Dawkins is a figure who provokes strong responses, with several posters hysterically equating atheism with neo-Nazi eugenics. The second is that few engaged with the idea of a Down’s syndrome foetus as a person – all references were to a child. A user of The Guardian website, darkflowering, ended her post with the following comment:  “A child dancing, whatever their genetic vulnerabilities, is closer to life and its meaning than an aging scientific arrogance that condemns the very source of their intellect, the body, to an inferior place in the scheme of things.”


For me, the key consideration is the final word of Dawkins’ original tweet: choice. Abortion always involves a choice and I am a firm supporter of a woman’s right to choose. Even the Down’s Syndrome Association, the UK’s premier charity that supports those with the condition, takes great care to promote the truth that those with Down’s syndrome can lead a “full life” but acknowledges that each family must make its own decision. Many, of course, view abortion as being wrong in all circumstances. In my view, the choice to abort a foetus with Down’s syndrome can, indeed, be a moral one.

A reasonably common misconception is that those born with Down’s syndrome die young. They don’t. Before the Second World War this was probably the case, but it was largely down to the fact that, at the time, medical science had not advanced to the extent that the congenital heart diseases that around 40% of them are born with (Gammy is an example of this) could be treated successfully. Childhood mortality was high. These days, in Europe or the United States, the average life expectancy of a person who has Down’s syndrome is between 50 and 60.


This increased life expectancy has raised new issues. Increased genetic material from chromosome 21 results in an enhanced chance of dementia. The Alzheimer’s society estimates that elderly people with Down’s syndrome are six times more likely to develop Alzheimer’s than the general population. As they face this difficult ending to life, many are supported by friends and family. But many are not. Down’s syndrome people are – possibly owing to the increased prevalence of the condition in older mothers – often the youngest of a family or the only child. By the time they reach their sixties, their loving parents, who wanted them so badly whatever their condition, may well be dead. Some, of course, will have been given up for adoption at birth and their stay in a home for patients with dementia will merely be the final phase of a life spent in the care system. Some will have developed other complications – I know two people with the condition who have never been able to speak or to become continent owing to the extremity of their condition and complications following severe seizures (which also seem to be linked to an additional chromosome 21 and increase with age).


There is also the issue of care itself. Most residential or supported living environments for those with learning disabilities are delightful places with dedicated staff. Anyone who saw the Panorama exposure of the horrific abuse at Winterbourne View will know that there are some grave exceptions to this rule. Even the best places cannot always provide continuity of care – many have licences to house residents below the age of sixty, meaning that some have to seek alternative accommodation in their old age. As time has passed, individuals may be facing these challenges and adjustments alone (and, hopefully, with the support of a good social worker if they have no family to fight their battles).


No two individuals with Down’s syndrome are identical (and, certainly, they do not all have “really loving personalities” any more than those with the usual complement of chromosomes do). Some excel in a particular field. Some are not only literate but gain GCSEs and other qualifications. Some hold down paid work. Some marry. At the other extremity, some never move on from nappies and never learn to speak. My brother is somewhere in between – healthy, happy and greatly loved but unable to read and write, or to live independently. When he is sixty, I will be sixty-six and, sadly, if my parents are still living, they will be in their nineties.


So, returning to the recent portrayals of Down’s syndrome in the media, I would like to see less of a focus on individuals with the condition who are children. Gammy’s wide blue eyes provoked outrage and compassion from around the globe but I suspect that an adult (probably struggling to shave and manage their weight – the average height of an adult male with Down’s syndrome is 5’1’’) would not pull at heartstrings in the same way, irrespective of the pathos of their particular situation. Richard Dawkins presented terminating a foetus with the condition as a necessary moral choice and anyone who looked at a picture of Gammy or listened to Daniel Laurie could easily abhor this view. The choice resides with the family concerned. A foetus who has Down’s syndrome, however, is not a baby, nor a toddler, nor a child. He or she is a person who, like everyone else, must face the process of ageing. It’s not merely the duration of a childhood that is under consideration, but the span of a life.