The Meaning of Christmas

Posted by J. Burkinshaw on December 23, 2012
by Daniel Rollins
A celebration of Christmas would be incomplete without some mention of the icon whose birthday the festival marks, Jesus Christ. He has influenced both religious and secular culture since his birth over 2,000 years ago. Even in our increasingly secular society, many children still know and perform the story of his birth in school nativity plays. Little girls long to be chosen to play Mary and boys usually want to either be God-honouring Joseph or wicked King Herod. The other children end up as innkeepers, wise men, angels, shepherds or sheep. The iconography of the birth of Jesus is almost as well-known as the icon of his death, the Cross. So let us examine a few of these icons.

Location, Location, Location
Luke’s gospel tells us that, while Mary was pregnant, there was a census requiring Mary and Joseph to go to his home town, , to be registered. While there, Mary gave birth to her first son, whom she called Jesus (Luke 2:1-7). So why did Joseph have to go to and why was Jesus born there? Biblically, there are two main reasons, first that Joseph was a descendant of the greatest King of Israel, David, who came from , which made Jesus a descendant of David; therefore, he could become King of Israel under Jewish law, essential to his role as Messiah within Jewish tradition. The other reason that Jesus was born in was to fulfil the Old Testament prophesy in Micah 5:2: “But you, O Ephrathah, who are too little to be among the clans of , from you shall come forth for me one who is to be ruler in ...”

Therefore by saying that Jesus was born in the gospel writers begin to create a picture of who Jesus is: the successor to David, the great King for whom the Jews had been waiting.

Away in a Manger

One of the most iconic images of Jesus has to be the manger, the focal point of many carols, nativity sets and plays. The image of Mary, Joseph, the Wise Men and the shepherds all huddling around the Christ Child in the manger is very well known, but why did God send “his only Son” (John 3:16) to be born in an animal’s trough? This also has a biblical reason pointing to the nature and mission of Jesus; by being born into humble surroundings Jesus is presented as someone who came “not to be served but to serve” (Matthew 20:28), living among ordinary people not living in a luxurious palace where you would expect to find a king.

Jesus being born into a dirty manger can also represent his step down from glory in heaven with his Father into the sinful, material world that he came to save, therefore showing us what he sacrificed in order to give mankind hope of salvation. This is one of the most beautiful parts of the story as it shows Jesus’ love for humanity in coming into a world where many people hated and eventually killed him. 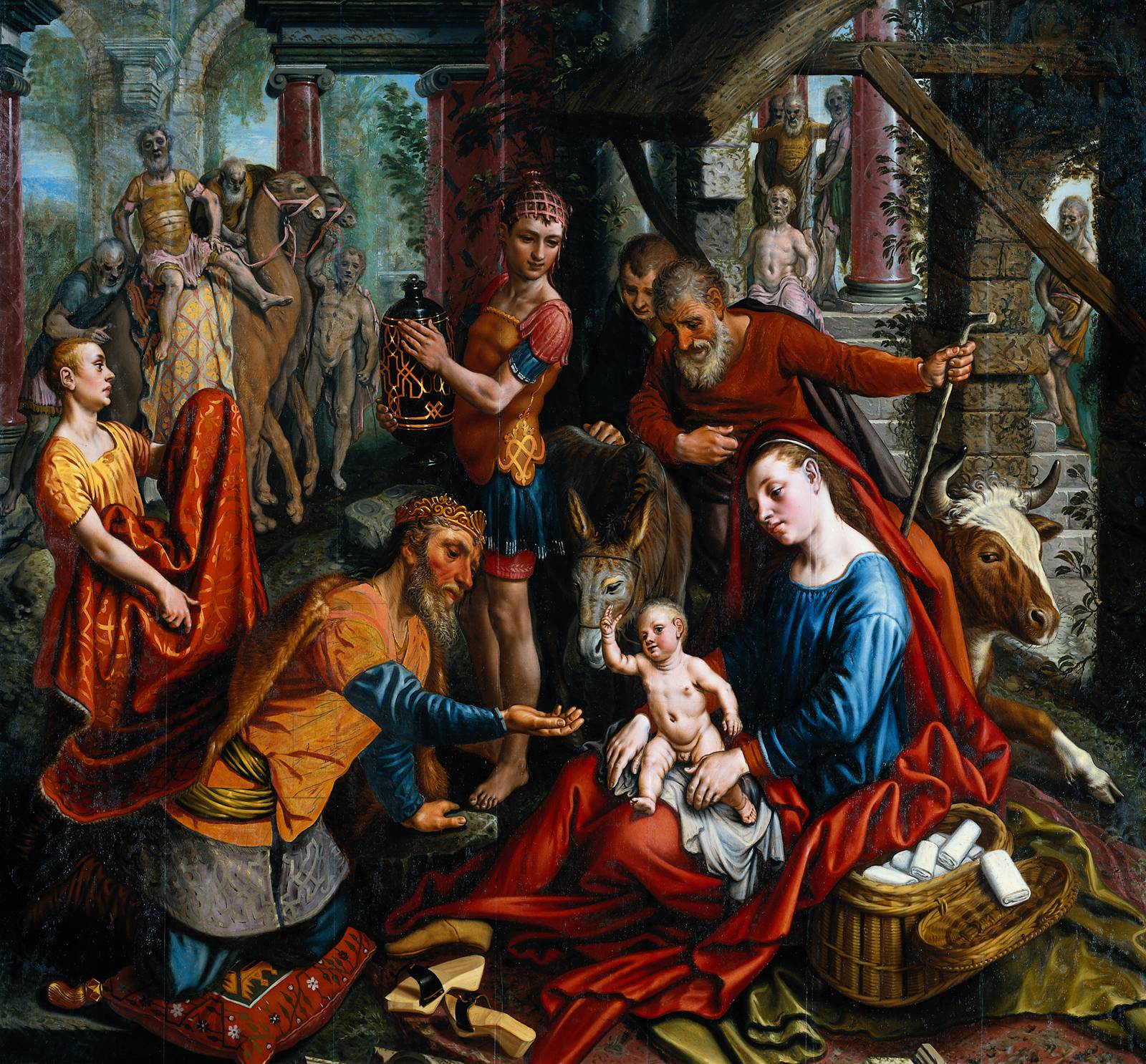 No school nativity play would be complete without a crying shepherd or a wise man tripping over their robe, but why exactly did these two very different groups come to see Jesus? The first to come were the shepherds, who were traditionally seen as irreligious as their job kept them away from religious activity; however, they were the first to hear about Jesus’ birth: “the angel said to them, “…I bring you good news of great joy that will be for all the people. For unto you is born this day in the city of a Saviour, who is Christ the Lord.” Jesus’ birth wasn’t just for the righteous, “holy” people but for the poor, irreligious and outcast, something that many churches today seem to have forgotten or ignored.

The second recorded visit to see Jesus was by the wise men, which may have been some months or years later. The wise men (they probably weren’t kings and there is no mention of there being just three) could not have been more different from the shepherds; they are rich and powerful, as evidenced by the gifts that they have brought --- gold, frankincense and myrrh. However, they thought that seeing a baby in a manger was important enough to merit travelling many miles over desert.  Jesus’ birth was also for those who, in the eyes of the world, are powerful, wealthy or educated, but must still humble themselves before Jesus.

So what does the story tell us about Jesus?

The images in the story of the nativity, though they have become iconic themselves, point us towards a greater icon, the figure who Christians believe is the Son of God. Jesus, who was the promised descendant of David, the “King of the Jews”, who humbled himself, lived in poverty and came to be a servant for all, yet is still worthy of adoration by the rich and powerful. As you think about what Christmas means and why it is celebrated this month, remember the iconic images of the nativity that all point to the greatest icon --- someone who turned the world upside down, showed the world how to love selflessly and, around thirty years after his birth, died for it. Jesus.

This article originally appeared in the December 2012 issue of Portsmouth Point magazine. All bible verses are from the English Standard Version (ESV).
Art and Literature Philosophy and Religion